You are at:Home»Videos»Ducati launches new V4

Ducati has released details of its latest V4 engine, the Granturismo, which is set to power its new Multistrada V4 model. Highlights of the motor include the dropping of its signature desmodromic valve system in favor of traditional valve springs, a move Ducati says helps extend service intervals.

Despite having two more cylinders than the outgoing Multistrada’s V-Twin, Ducati claims the V4 weighs 1.2kg less, while also being more compact. The company says it has also harnessed lessons learned in Moto GP, where it competes with a V4, including the use of a counter rotating crank, coupled with a ‘twin pulse’ firing order – the former increasing the bike’s agility while the latter helps control power delivery. 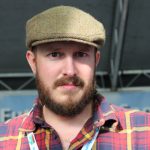 Lawrence has been covering engineering subjects – with a focus on motorsport technology – since 2007 and has edited and contributed to a variety of international titles. Currently he is responsible for content across UKI Media & Events' portfolio of websites while also writing for the company's print titles.